Indie games have existed for a long time - getting their start in the 1970s. It was in the 70s that microcomputers were on the rise - and it was now easy for any random schlub to get his hands on a computer. However, home computers were still largely seen as devices for work and business, and so nobody was really creating games for home computers. Hobbyists began to fill the void in the PC gaming market, equipped with Acorns and Commodores and the codebooks that came packaged with them. Indie games in this era were copied onto floppy disks and tapes, and were typically passed around for free amongst enthusiasts, as well as advertised in magazines dedicated to home computers.

It wasn't until the 90s that the indie community began to really pick up traction. While the internet came into existence in the 80s, it hadn't seen widespread usage among computer users until the big nine-o. The internet boosted the popularity of indie games exponentially, as it offered developers the ability to share their creations like never before. Games were often released as shareware, which meant they were typically broken up into episodic segments, where one segment was free and the rest of the game could be purchased by contacting the developer.

However, things weren't all sunshine and roses. While indie games had been incredibly popular when there was basically nothing else on the market, bigger companies were starting to push the little guys out. As PCs became more capable, high-end development became more expensive, and it was a struggle for indie creators to market their games against a swelling consumer desire for cutting-edge tech and graphics. Shareware was also on the decline, as cutting-edge games began to triple in file size. In short: being an indie creator at this time just wasn't worth it, and many went dormant.

It wasn't until the 2000s when indie games began to see a return to glory. The internet grew in strength and power, and many new creators entered the scene. Instead of trying to copy what was being produced by the triple-A, big box companies at the time, these devs focused on trying to create experiences that the big companies had deemed unfavourable. Especially popular were strategy games and adventure games - including, of course, Cave Story - a game now considered to be one of the best and most important indie games ever. 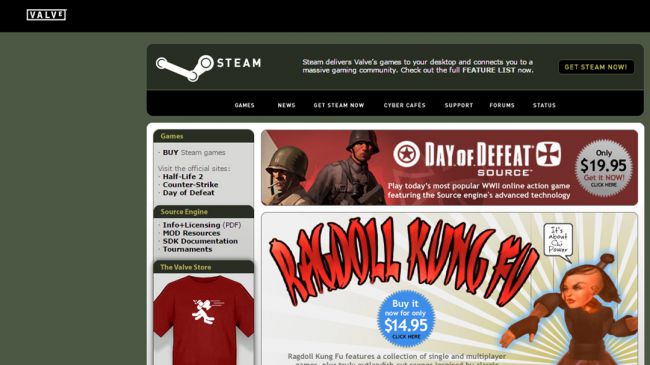 Indie games truly broke into the mainstream in the later 2000s, especially due to the release of digital storefronts such as Steam and GOG. Right now, indie games are so popular they've broken into lives of even the most basic first-world citizen. Ever heard of Minecraft? It's now a global phenomenon, but it began it's life as a humble indie title. Games like Minecraft, Five Nights at Freddie's, and Undertale have become so well-known that merchandise and stories inspired by them can be found in your local bookstore or pop-culture shop. Another thing that helped to bring indie titles to the status? One word: Youtube. Getting the attention of a popular Youtuber is oftentimes integral to the success of an indie title nowadays, and Youtube can be seen as responsible for the rapid success of all of the titles I just listed. The internet not only brought indie games back from the brink, it gave individual creators to flourish and prosper off of creations they poured their heart and soul into.